Posted by Firn Hyde on Monday, 17 March 2014 in Horse Sports 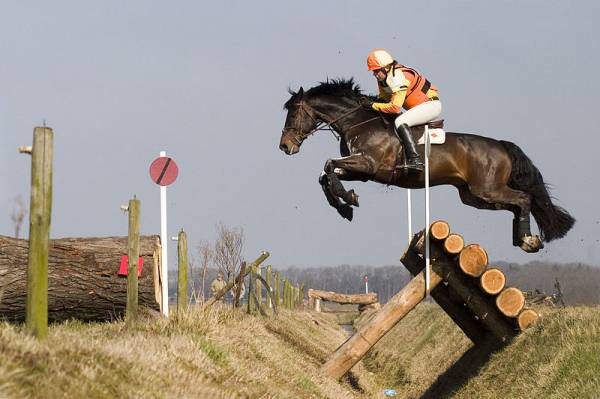 The Olympics: for many sports, the pinnacle of international competition. One of the most popular sporting events in the world, the Olympics are what thousands of sportsmen and –women aspire to.

Of our many disciplines, only three have made it to the Olympics. Unfortunately for Western riders, all these disciplines are English: showjumping, dressage, and eventing.

The series concludes with this article on what many consider the greatest test of a horse’s training and talent: the three-day event, also known as eventing. 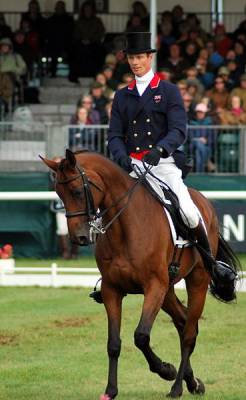 Eventing consists of three phases: dressage, cross-country jumping, and showjumping (also known as stadium jumping in the USA). These phases can all be done in one day at small shows (one-day events), but the international format is done over three days, hence the term three-day event.

The first day of the event starts with dressage. While it is not done at as high a level as at pure dressage competitions, it is still a challenging test and designed to test the horse’s obedience, suppleness, balance and schooling, as well as the rider’s position and subtlety.

Cross-country is ridden on the second day and is regarded as the high point of the event. This extremely demanding task is something like showjumping in that a prescribed course of fences have to be cleared in the right order and within a time limit (going over the limit incurs time penalties). However, the course is far longer; while most showjumping courses consist of less than twenty fences and take under two minutes to complete, cross-country can have as many as forty fences and take up to ten or fifteen minutes. As well as jumping, the horses are expected to gallop up and down hills and through difficult terrain. The jumps themselves are rustic and often look solid, and the approach and landing could be on hills or in water. Cross-country is highly dangerous and requires courage from both horse and rider. It tests stamina, heart, speed, and the horse’s adaptability to different situations.

On the final day, a showjumping course is ridden. It is the same as ordinary showjumping, although the jumps are slightly lower than at pure showjumping competitions. This phase is a final test of the horse’s stamina and willingness, as well as its agility and speed.

Penalties are added up from all three phases and compared at the end of the event. The horse and rider with the lowest number of penalties are the winners of the competition. 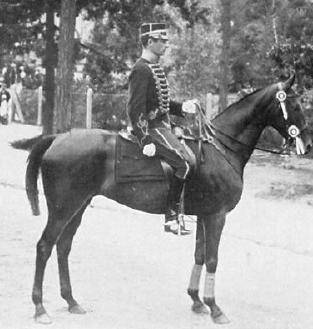 Eventing originated as a military test of soldiers and their warhorses. The earlier forms of eventing were much more taxing on the horse and rider; while the showjumping and dressage phases may have been a little easier, the cross-country phase was far longer. As well as the cross-country jumping, it also included a roads and tracks phase at which the horse and rider had to proceed at a set pace of four miles an hour along a series of tracks, as well as a steeplechase phase where the horse and rider had to gallop and jump along a simple course as fast as possible.

The roads and tracks and steeplechase phases were omitted in the late twentieth century, and cross-country fences were also made somewhat safer. While most cross-country fences are still relatively solid, and have to be jumped with extreme care to avoid hitting the fence and causing horse and rider to fall, parts of them are now made of loose blocks and can be knocked over if a horse touches them.

Eventing was a perfect test of the warhorse. The dressage tested its manoeuvrability and obedience, necessary in tight battle situations; the cross country tested its courage and stamina, for long marches or urgent rides to deliver messages or flee from an enemy; and the showjumping tested its willingness to work and try its best even when tired. 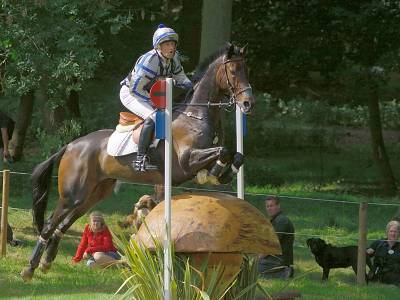 As with showjumping, the original eventer was a Thoroughbred; in his book Horses are Made to be Horses, Franz Mairinger even insisted that a top eventer could only be a Thoroughbred. And although Warmblood, Arabian, and Irish Sport Horse blood has been introduced, the majority of top event horses have plenty of Thoroughbred blood.

While the Thoroughbred’s natural athleticism and courage make him a wonderful cross-country horse, some lack the trainability, suppleness and graceful movement for dressage and showjumping. And while many top eventers are Thoroughbreds – such has Exponential, Neville Bardos, Biko, and Priceless – most eventers now are Thoroughbreds crossed with breeds such as the Warmblood, Irish Sport Horse, and Arabian. The famous Tamarillo, ridden by William Fox-Pitt, was an Anglo Arabian, and double Olympic gold medallist, World Champion and European Champion Michael Jung’s horse Sam FBW is a Warmblood of German lines crossed with a Thoroughbred. 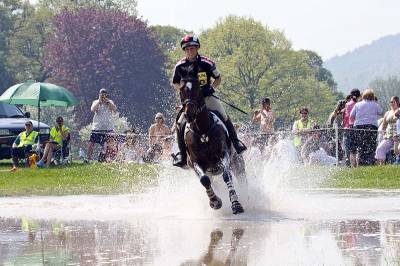 Eventing has the curious feature of being the sport of choice of English royalty for generations. England’s The Princess Royal (known as Princess Anne), her husband Mark Phillips, and her daughter, Zara Phillips, have evented at Olympic level. While Mark Phillips and Princess Anne’s eventing days are behind them, Zara Phillips is still active at international competitions and a huge favourite with British crowds. It was to mighty applause that she contributed to England’s team silver medal at the London 2012 Olympics on her horse High Kingdom. Princess Anne, however, took a fall at the 1986 Olympic Games (which was the first Olympics in which a member of British royalty took part), but went on to finish the event on the Queen’s horse, Goodwill. She was more successful in the European Eventing Championship, where she won individual gold on Doublet in 1971. Thirty-four years later in 2005 her daughter Zara would go on to win the same medal on Toytown. 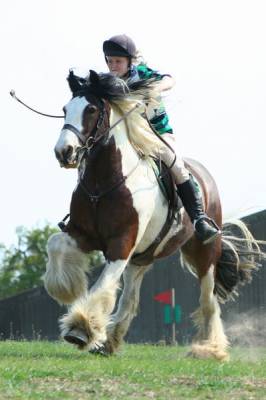 Eventing is not so freely available as showjumping or dressage. Cross-country courses are few and far between and most people find themselves having to trailer their horses out to clinics or practice days in order to get any training over the cross-country fences. However, the one-day event provides a more convenient option for the low-level competitor and is available in most countries.

This discipline requires more time, training and effort than showjumping or dressage, and can be much more expensive at the higher levels, as different equipment is needed for the different phases. It remains a fantastic test of horse and rider and one that brings a great sense of achievement to competitors. Ideal for the hardworking rider who likes a challenge, while eventing is perhaps not so technically difficult as showjumping or dressage, it is the pinnacle of all-round excellence and versatility in the equine world.

Eventing as a Celebration of Creation 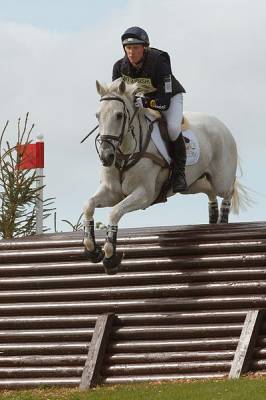 Like any other sport, eventing celebrates the careful design of the body and mind. God constructed the horse in such a way that it is strong enough to carry a rider over high obstacles, fast enough to sprint between the jumps, agile enough to turn tight corners from one fence to the next, intelligent enough to learn the graceful movements of dressage, and enduring enough to do all of these in three days. He gave the horse long legs and a deep chest with massive nostrils, enabling him to drink in great gulps of air to drive him over long distances at great speeds. He designed the circulatory system of the horse so perfectly that each of its feet acts as an extra heart, helping to pump blood up the legs and keep them moving fast and far. He gave the horse an excellent memory to remember all the different aids of dressage and a graceful bearing to execute them with ease. And then He gave the horse to us, His beloved, created human beings.

And when that big, brave horse thunders through the water, flinging spray in all directions as he gathers himself for the leap, with his rider trusting this huge beast to obey and urging him on in the full confidence of their combined prowess, one cannot help but glorify the God Who made it all possible. He alone allows us to achieve the feats that these Olympic disciplines demand of us. Even the greatest of riders and the most wonderful of horses would be nothing without Him. All glory goes to God.