In Europe in a little country named Belgium there is an artifact with an ancient and entreating history. This artifact is the beautiful, sturdy Belgian Heavy Draft.

The Belgian Heavy Draft was known as the Flanders Horse during the medieval times. This particular horse played an important role in the development of other heavy draft breeds like the Clydesdale, the Shire, the Suffolk Punch, and it might have lent some influence to the Irish Draft and the Dutch Draft. Belgians were raised with the intentions of pulling heavy loads and doing plenty of hard work which required strong horses. Tractors were, as yet, in the distant future and the farmers needed powerful and 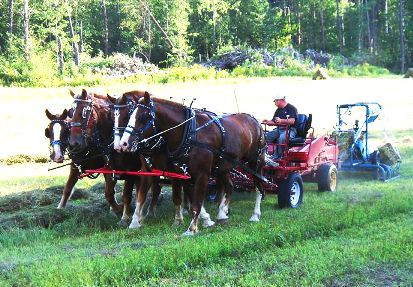 Practically all Belgians are gentle and mild mannered. In their native country the Belgians labored at the docks and in the factories. When the Belgian came to in 1866, they did not instantly become popular. It took years and plenty of promotion for the Belgian to gain popularity in . Imported Belgian stallions were first obtainable in in 1885 and then sold to horse breeders throughout the . Throughout the years the Belgian has been used for historical farming, forestry, pulling contests, and drawing fancy show and parade rigs. Pleasure riding heavy drafts has become rather popular in the last years. ²

By 1870 there were three main bloodlines with specific conformational differences. Orange 1 is the leader of the three groups. He was the forefather of the particularly massive bay horses of the well titled line Gros de la Dendre. Bayard is the stallion that founded the line Gris du Hainaut that had the gray, dun, and sorrel or red roan coloring. A bay horse named Jean 1 founded the third line called Colosses de la Mehaïque. This bloodline was noted for the strength and hardness of their legs.¹ 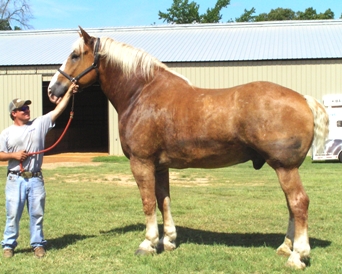 Radar, Photo by Rebekah L. Holt  Most Belgians are recognized for their sorrel coloring and flaxen mane and tail. Of course there are some throw backs to the European breed of red roans, bays, duns, and grays but, these are extremely rare. Belgians are rather oddly put together with a small head and a thick, muscular neck. Powerful quarters and shoulders are meant for pulling large, heavy loads. With this hefty frame topping short feathered legs can seem out of balance with the large stature of 16-18 hands and weighing up to 2200 pounds!!¹

One of the world’s tallest horses is an American Belgian named Radar. Radar is owned by Priefert Ranch & Equipment in . Standing 19.3½ hands and weighing 2,400 pounds, Radar is a giant. Eating 40 pounds of hay, 18 pounds of grain, and drinking 20 gallons of water daily proves that this gigantic horse has an enormous appetite.³ Radar was born in in 1998 and is following the standards that previous Belgians have set.4

For an eye-catching, historic draft team pick the Belgian Heavy Draft. These draft horses are the popular choice of many show people and farmers in the world. 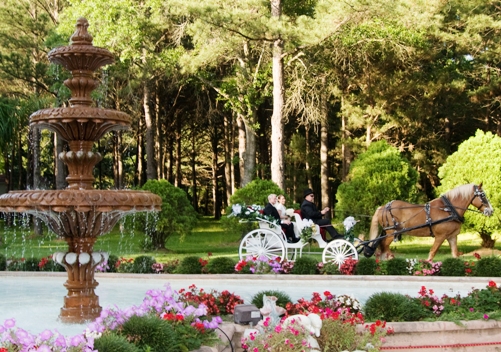