What About Equine Origins?

For every man, woman or child, a question of origins is often to arise.  Where did we come from?  How did we get here?  Probably everyone has asked these questions.

There are also many mystifying questions as to the origin of Equus.  Why do we have horses, donkeys, and zebras?  How are they related?  Why do they vary in size, color, and build? How are equids linked to other animals?  Seeking answers to these questions can be a fascinating quest.

The Christian should recognize that the Bible is a reliable source when seeking answers to questions of origins.   The Bible's account of God creating the world in six literal days is recorded in Genesis 1.  From this amazing account, we can see that the God of the Bible created all we see, touch, feel, taste and smell by just His word.  The beauty and wonderful complexity of design in our world are clear evidence of an all-wise and powerful Creator.  Land animals, including Equus, were created on the sixth day.  Humans were also created on Day 6, though not until the rest of creation was completed.  Mankind was the "crown" of creation and God instituted that man should have "dominion" over the animals.  From the very beginning, mankind was created to nurture and enjoy livestock!

In the beginning - God created the heaven and the earth...And out of the ground the Lord God formed every beast of the field and every fowl of the air...So God created man in His own image, in the image of God created He him; male and female created He them...  And God saw every thing that He had made, and, behold, it was very good.  And the evening and the morning were the sixth day (Genesis 1:1, 2:19, 1:27, 31 KJV 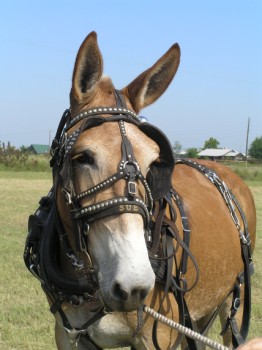 The Bible states that living things were created according to their kinds.  But what is a kind?  As the Bible uses the term, a kind is a family of creatures that can produce offspring.  Yet, what we see today is not what God originally created.  Why? After Adam sinned, the earth was cursed.  As a result, what began as "very good" and perfect has changed due to effects of sin. We find harsh climates that plants, animals, and humans have to adapt to for survival.  God, in His wisdom and providence, provided this ability to adapt so the earth would remain inhabited. Mutations, artificial or natural selection, and differences in environment can result in differences in appearance between animals within the same kind.  Sometimes it can be difficult to classify an animal to a kind.  Yet, if they are capable of breeding and forming a hybrid, we can be sure they are indeed from the same kind.  Thus, horses, donkeys, and zebras all belong to the same kind. Not surprisingly, they are all members of the horse family, Equidae.

Confusion sets in when man's ideas are upheld as the truth and God's word is discredited as a legend.  There are two major reasons that people are confused about the Biblical account of origins: 1) they do not understand what the Bible says, or 2) they do not wish to believe the Bible.  Because belief in a Biblical creation recognizes a Supreme Creator that we are accountable to, many people today prefer to believe a different 'history'.  For over a century it has been popular to believe that life arose through evolution.  In this view, humans, horses, and bacteria all share a common ancestor.  Although it is claimed that evolution is scientific, in reality it is an ideology that assumes life to be uncreated and stories about the past are devised based on this assumption

For the wrath of God is revealed from heaven against all ungodliness and unrighteousness of men, who hold the truth in unrighteousness;  Because that which may be known of God is manifest in them; for God hath shewd it unto them...so they are without excuse.  Because that, when they knew God, they glorified Him not as God, neither were thankful, but became vain in their imaginations, and their foolish heart was darkened.  Professing themselves to be wise, they became fools...who changed the truth of God into a lie, and worshipped and served the creature more than the Creator, who is blessed forever, Amen...And even as they did not like to retain God in their knowledge, God gave them over to a reprobate mind...(Romans 1:18-22, 25, 28 KJV) 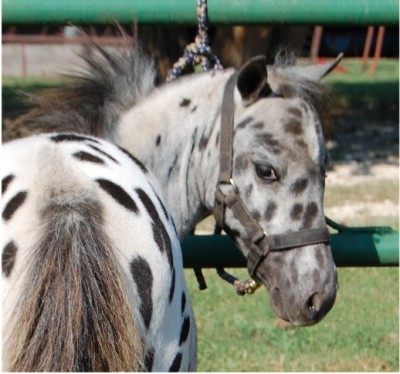 Darwin perpetuated a humanistic, atheistic study of origins in his evolutionary ideology. His hypothesis elevated mankind as superior in knowledge than God.  With Darwin's doctrine, men were beyond all obligations to a Creator or any necessity for a Savior.   To the atheist, the evolutionary model has "freed" man from the shackles of dependency on a Life Giver.

The molecules-to-man evolutionary model associates adaptation and natural selection with influxes of new genetic information and millions of years.  In reality, adaptation makes more sense from the Biblical view of God creating animals with the ability to adapt.  If adaptation depended on chance events, we shouldn't be here!  Evolution requires more than adaptation, it requires a mechanism for adding new information for new organs, structures, and biochemical pathways.  This type of change should be commonplace if evolutionary history were true, but such information gaining changes have never been observed.  Also, the concept of natural selection had been proposed by others, including the creationist Edward Blyth, before Darwin published his Origin of Species...  It was Darwin who imagined that the changes he saw could continue to accumulate until one kind of animal turned into another.

Although, one kind of animal changing into another has never been observed, evolution is taught as fact in public school, in most textbooks, and by the media.  For example, Elwyn Hartley Edwards in The Encyclopedia of the Horse offers us a glance why the theory of evolution has taken priority in explaining life origins.

"The Idea that animals, including humans, developed over millions of years, surviving according to their ability to adapt to the requirements of a changing environment, was first put forward in the 19th century by two British naturalists, Charles Darwin (1809-82) and Alfred Russel Wallace (1823-1913). Darwin expounded his theory of evolution based on the "survival of the fittest,"  in The Origin of the Species by Means of Natural Selection, published in 1859.  Until then the general belief was that life did not change, humans being created as humans and horses as horses-a fundamental and often inflexible stance taken by the Christian churches that depended on the account of the Creation contained in the Bible's Book of Genesis."  (Elwyn Hartley Edwards, The Encyclopedia of the Horse, 1994)

The creationist's foundation of the Bible is viewed as "inflexible" and unscientific by our culture.  Why?  The bottom line is a Creator.  Many people do not want to be accountable to a Supreme Being.  In our humanistic society, the Bible's creation account is thrown off as religion, a blind faith system, an inflexible belief, and a cheap legend.  This prejudice comes from faithful evolutionists who are themselves followers of a doctrine, a belief system that takes faith and devoted allegiance. Darwinian Evolution is a religion, not science.  The essence of Darwin's assumptions cannot be scientifically tested or proven, despite what is being taught.  True science relies on observation, and we cannot go back in a time machine to observe what happened.

Believing the Bible takes faith, but it is not a blind faith.  Believing in molecules-to-man evolution also takes faith as the model's core is not backed by true science!   People who accept Christ and the Bible can discern between truth and fallacy. It is possible to believe the Genesis account of origins when simply looking to Equus to provide evidence of a Divine Creator.  Let the myth be exposed and let Truth prevail!