Photo Courtesy of Joust Evolution    Chargers were medieval warhorses, of which there were three subtypes; rounceys, coursers, and the most well known of all horses from the Middle Ages, the destrier. The height and weight of medieval warhorses is a much-disputed topic. However, it appears that the common perception of real warhorses as being massively powerful beasts closely resembling the modern Shire is incorrect. They are far more likely to have been compact, powerful, but agile horses, ranging from about 14-15.2hh and built more like warmbloods, thoroughbreds or baroque horses than draft horses.2Knights would seldom ride their warhorses except in battle; squires would usually lead them from the back of a more common mount. This was to spare the charger’s strength for fighting.

The rouncey was the cheapest and usually the animal of choice for a poorer knight, man-at-arms, or squire. Rounceys were rather plain, general-purpose horses who were also used for riding and as packhorses (but never for pulling carts), but they could also be trained for war. Rich knights supplied their retinues with rounceys. They varied greatly in characteristics; virtually any sound and reasonably fast horse seemed to fall under the label of “rouncey”.3

Coursers were light, fast horses. They were the most common medieval warhorses, being slightly more expensive – and better quality – than rounceys, but not as expensive as destriers. Occasionally, coursers were preferred over destriers because of their speed. Also used for hunting, the courser was better for hard battle and fast pursuit than destriers.4

Destriers were the royalty of medieval horses. Beautiful and well-bred, they resembled the modern baroque horse breeds such as the Friesian and Pure Spanish Horse. They were extremely strong, but agile. Popular for jousts, destriers were very expensive. In the 13th century, destriers were valued at 20 to 300 parisian pounds at a time when coursers cost about 5 to 12 pounds. Their peculiar name comes from the Latin dextarius, or “on the right side”, because of the way squires would lead the destriers from horseback in their right hands, controlling their own mounts with the left.5

The real Shire-like Great Horses were never used for actual war. These enormously ponderous creatures were massive, clumsy draft horses who would be no use in a real battle. They were only bred and used for tournaments in the late Middle Ages, when jousting armour became so heavy that warhorses could not carry it. Even these Great Horses could barely do the job, and jousting was done at a slow canter or even a trot.6

Horses were also the main choice of beast of burden. While donkeys and oxen were still evident in the Middle Ages, oxen being the historical choice, horses almost completely replaced them. They were used for agricultural work (pulling implements such as ploughs) and transport (as both riding- and carthorses).

The lowliest type of horse was the humble sumpter.7These were powerful draft horses, but much smaller than the modern draft, averaging 13-

Public Domain14hh. Doubtlessly not very well-bred, fiery, or good-looking, the sumpter did much of the work essential for society, such as pulling ploughs and wagons. They were used by peasants in agricultural work and not very valuable.

While rounceys were frequently used for everyday riding from place to place, and rounceys and coursers were used for hunting, the most valuable and ideal riding horse was the "palfrey".8Palfreys could equal a destrier in price, and for good reason; they had an extra gait known as the amble, which was fast, comfortable, and could be maintained by both rider and horse over long distances. This made travelling much easier and more pleasant. The amble resembled the single-foot, tölt, and rack of modern gaited breeds such as the Icelandic horse. They were small horses, probably no taller than 15 hands. Their closest descendants are thought to be the modern Peruvian Paso and Paso Fino, which breeds most closely resemble the medieval palfrey. The horse of choice for noble ladies, the palfrey was probably quite pretty. It was used almost exclusively by nobility because of its high price tag. 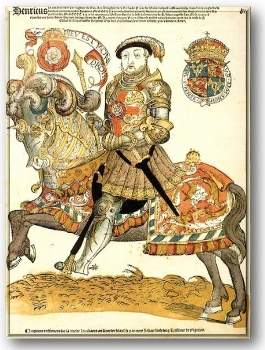 Public Domain    Little is known about horse care during the Middle Ages, but with the aid of documents and depictions such as the Bayoux Tapestry, medieval riding is relatively well-known. Ironically, the modern English rider would find the medieval knight’s seat absolutely baffling. Knights rode with their legs straight and pushed well forward; their weight was held well back. Because of the high pommel of the medieval war saddle, and the necessity of holding shield and reins in the same hand, their rein hand was held up high. This meant that they had to make use of powerful curb bits and neck-reining to control their horses. Modern Western riding closely resembles this riding style. In fact, Western riding has its roots in the way medieval knights rode, and while the type of horse and the purpose has changed, the tack and riding style remains very much the same. Western riders have their stirrups a little shorter than knights, but otherwise little has changed.

The reason for this seat was simple; it could withstand the impact from a cavalry charge. One good charge of knights could virtually obliterate an enemy regiment. With their sharp lances couched under their arms, knights would advance first at a trot, then a canter and eventually slow gallop, striking their enemies with tremendous force. This force, of course, would bowl the rider clean out of the saddle unless he rode in this manner with the legs thrust forward. This meant that when the lance met its target and kicked back under the knight’s arm, he would be pushed back against the high cantle, and remain securely in his seat.9

Were it not for the horse, medieval life would have been very different. Wars would have been fought afoot; travelling would be painfully slow to the point of being almost impossible; and agriculture would be limited to the capacity of the powerful but ponderous ox. More at this time than ever before, or ever after, the horse played a vital role in society. Though many call this time the Dark Ages, it was the heyday of the horse – if not in the way it was treated, then certainly in its value to society. Mankind needed the horse, and it is yet another example of God’s graciousness that this animal was even created. He is the horse’s perfect Designer, and made it in such a way that it would become invaluable to mankind. How could a creature so well suited to serving humans have happened by accident?

Horses did not evolve. They were made, and they served a vital part in the history of civilisation. Our past is borne on a horse’s back; today he is mostly used for recreation alone, and has faded out of his place at the centre of a working society. His Creator, however, remains the same yesterday, today and tomorrow.

6. A History of Horsemanship, Charles Chenevix Trench, p. 100 - Back

9. A History of Horsemanship, Charles Chenevix Trench, p. 76 - Back