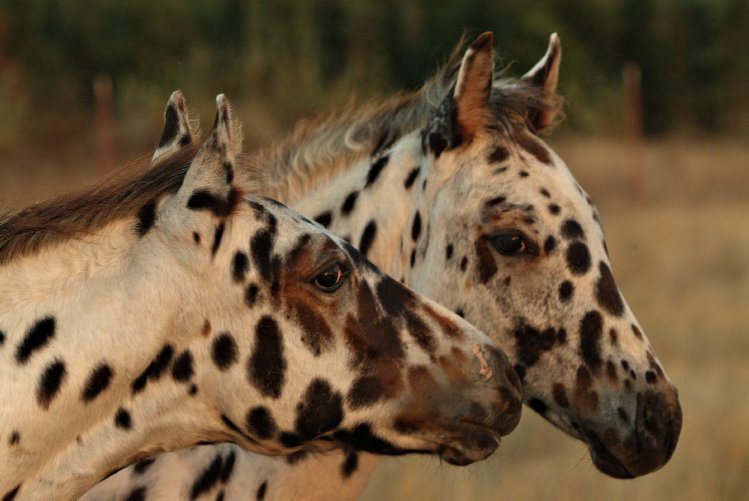 The Appaloosa horse is fascinating, colorful breed with an interesting American and European history.

The History of the Appaloosa Horse

In the 1500s, the Spaniards introduced horses, some carrying the spotted coat genetics, to . Horses rapidly spread throughout as many were used by the European settlers or the horses escaped and became wild. Often, Native American tribes captured and domesticated these feral horses. One tribe called The Nez Perce became excellent horsemen and breeders. They developed large herds of horses noted for their strength, intelligence, beauty and exotic coat colors.

Adventurous settlers roamed into the area of the Nez Perce tribe. Just as the Chincoteague pony, Tennessee Walking Horse or Missouri Fox Trotter, the Appaloosa’s name derives from their environment.To the settlers, the spotted horses became known as “A Palouse Horse” after the , which runs through close to the home of the Nez Perce. Eventually, the horse breed’s name changed to “Palousey,” “Appalousey,” and finally “Appaloosa."